Among those with the best Heisman Trophy odds, two are transfers. One is heading to USC. The other is coming from USC. Jaxson Dart, the former signal-caller for the Trojans and new Ole Miss gunslinger, is tied for the eighth-best preseason odds.

Despite only transferring into Lane Kiffin's Ole Miss offense this offseason, sportsbooks are confident the new Ole Miss quarterback will be a breakout star in Oxford. Jaxson Dart is currently +7000 to win the Heisman in 2022.

EDITOR'S NOTE: Mobile Mississippi sports betting is currently prohibited so there are no sports betting apps in Mississippi legally offering odds on the Heisman Trophy. Odds from DraftKings Sportsbook, which is available in other states, were used for this article.

A highly touted quarterback out of Utah, Dart will head from Southern California to the Southeastern Conference and Ole Miss. Dart will be tasked with replacing standout Matt Corral. His new head coach, Lane Kiffin, was also once at USC.

Kiffin has traditionally been regarded as a great offensive mind and has also excelled in producing quality quarterbacks. Corral was believed to be the Heisman Trophy favorite for the early portions of the 2021 season.

Why Are Bookmakers so High on Dart?

Much of the hype surrounding Dart hinges on his potential. At 6-3 and 215 pounds, Dart has good size and a huge arm.

A top-100 prospect from the 2021 class, according to the 247Sports Composite rankings, Dart appeared in just six games for USC last season. He finished with 1,353 yards, nine touchdown passes and five interceptions. Dart also rushed for two scores. 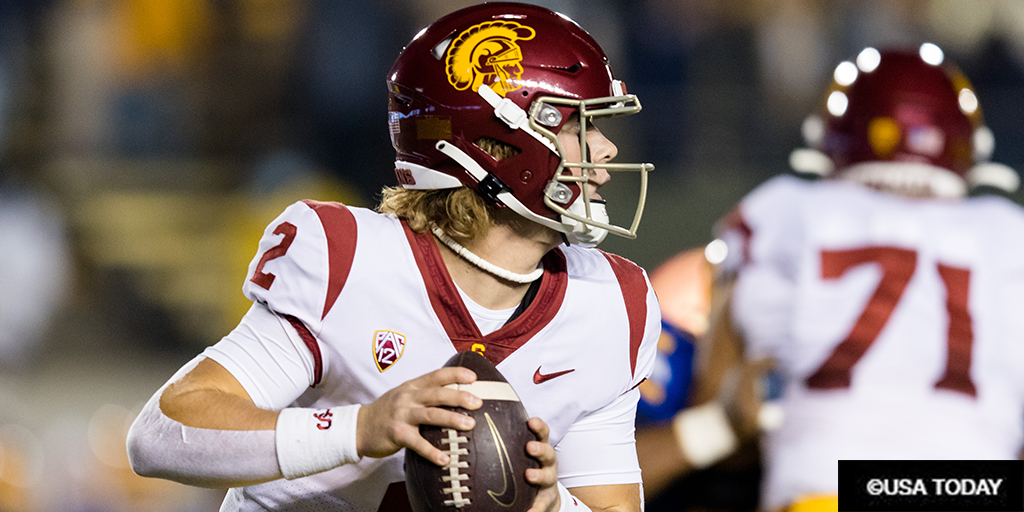 The Trojans went just 2-4 in games that Dart appeared in last season, which included big passing days against Washington State and UCLA. Although Corral was known as a dual threat, that has not been a requirement for quarterbacks in Kiffin’s offense. Quarterbacks such as Jake Coker and Chris Robison had success under Kiffin despite rarely using their legs.

Dart hopes to join Joe Burrow, Kyler Murray, Baker Mayfield and Cam Newton as recent transfers to win the Heisman. The highest any Ole Miss player has ever finished for the Heisman Trophy is third. That was done by Jake Gibbs (1960), Archie Manning (1970) and Eli Manning (2003).

Jaxson Dart is currently +7000 to win the Heisman in 2022, according to DraftKings Sportsbook.

Mississippi does not currently offer legal sports betting online but anyone over the age of 21 can place a bet on Heisman odds using a legal betting app as long as they are in a state with regulated sports betting like New York, Arizona or Virginia.