The Mike Leach offense is a complex one to master, but the quarterbacks that pull it off tend to have some incredible seasons. The next gunslinging QBs in line for Leach's tutelage is Will Rogers. Rogers has the capability to put up some really gaudy numbers and be a bright spot for the Bulldogs.

And if Week 1 is any indication, Rogers might be one of the best Leach QBs yet. He looked stellar in the team's 49-23 victory over Memphis in the season opener.

Will Rogers is currently listed at +5000 to win the Heisman; that represents a decent improvement from his preseason odds of +7000. A gunslinger in a pass-happy offense, putting up numbers like we've seen thus far probably won’t be overly difficult for Rogers in 2022.

For the Mississippi native to take home some individual hardware, however, the Bulldogs will likely need to improve on a 7-6 finish last season.

But, Rogers isn't the only signal-caller in the state of Mississippi with favorable Heisman odds. Ole Miss quarterback Jaxson Dart's Heisman odds also make him look like a contender. Here's a look at the rest of the updated odds to win the 2022 Heisman Trophy.

EDITOR'S NOTE: Mobile Mississippi sports betting is currently prohibited so there are no sports betting apps in Mississippi legally offering odds on the Heisman Trophy. Odds from DraftKings Sportsbook, which is available in other states, were used for this article.

Will Rogers a Dark Horse for the 2022 Heisman Trophy

Head coach Mike Leach has never had a problem when it comes to getting quarterbacks to put up big numbers in his Air-Raid attack. He has had three players – wide receiver Michael Crabtree (2008) and quarterbacks Graham Harrell (2008) and Gardner Minshew (2018) – finish in the top five in the Heisman voting during his time as a head coach at Texas Tech and Washington State.

There's a lot of hope out in Starkville, that Will Rogers is the next household name under Mike Leach's coaching.

Why Are Bookmakers so High on Rogers? 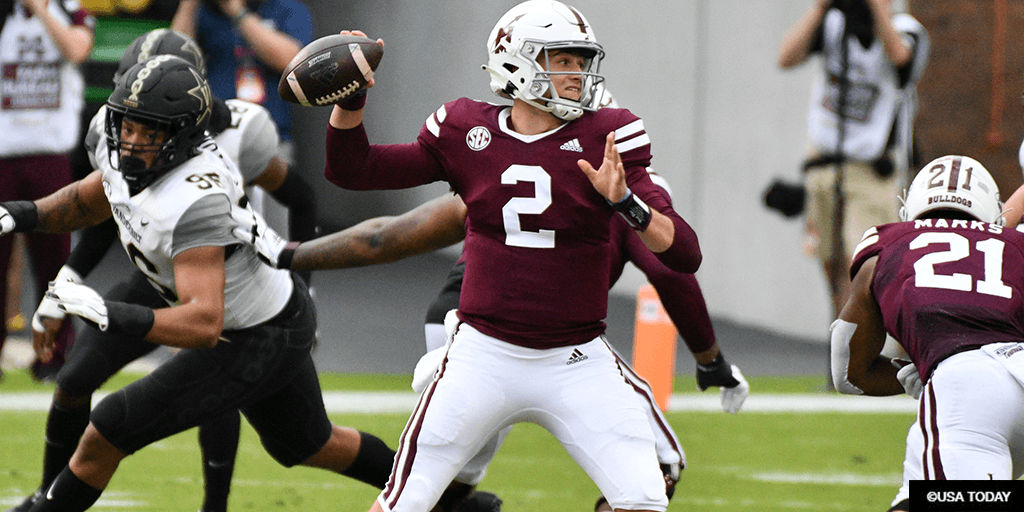 Rogers’ production comes almost exclusively as a passer. For his career, he has negative rushing yards and just one career rushing touchdown. Rogers attempted more passes per game than any quarterback in the country last season and never threw for fewer than 290 yards in any game. Since being inserted into the lineup during the 2020 season, Rogers has shown excellent command of Leach’s offense.

A long shot, Rogers looks to become the first player from a Mississippi school ever to win the Heisman Trophy. The last Mississippi State player to finish in the top 10 in the Heisman voting was quarterback Dak Prescott. He finished eighth in 2014.

Will Rogers is currently listed at +5000 to win the Heisman.

Mississippi mobile sports betting is currently prohibited so there are no sports betting apps in Mississippi legally offering odds on the Heisman Trophy, but anyone over the age of 21 can place a bet on Heisman odds as long as they are in a state with regulated sports betting like New York, Arizona or Virginia.